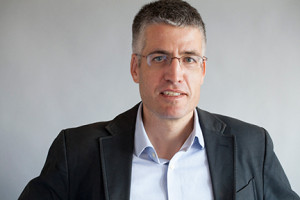 Alec MacGillis of ProPublica is the winner of the Toner Prize for Excellence in Political Reporting for his 2015 coverage.

The prize recipient was announced March 28 in Washington, D.C., at a celebration dinner where President Barack Obama was the featured speaker.

MacGillis is the sixth winner of the Toner Prize. He won for “The Breakdown,” a collection of stories that, among other issues, revealed the influence of the oil industry and other corporations on public policy; examined the reasons that some voters make political choices that many analysts consider against those voters’ own interests; and showed that many assumptions about politics and governance no longer hold true.

“It defines what everyone wants to know: what happened to our system of politics and governance,” said Toner Prize judge Tom Brokaw.

Toner Prize judge Adam Clymer added, “It shows how money is a part, but not the whole shebang, of policy changes that favor corporations or other intense players. He showed how knowledgeable staff and persistence lobbying matter, too. But sometimes political slogans are too powerful for all of them.”

Judge Maralee Schwartz called MacGillis’ reporting “breathtaking.” Judge Pam Fine said the stories “show how the stakeholders—from oil executives to big pharma to low-income citizens—impact the way government operates, or doesn’t.” And judge Paul Delaney summed up the consensus: “Stories in this entry are examples of what we expect of political reporting—the important issues and their impact on our fraying politics.”

MacGillis covers politics and government for ProPublica, a non-profit online investigative journalism organization. MacGillis has also reported for The New Republic, where his coverage included articles on the racial politics of Milwaukee, Chris Christie and political corruption in New Jersey. He spent five years as a reporter for The Washington Post, where he covered domestic policy issues and the 2008 presidential campaign, which included moving to New Hampshire for six weeks with his family (a two-year old and a newborn) to cover the primary. He was also a metro reporter for five years at The Baltimore Sun, where he and collaborators were Pulitzer Prize finalists for their coverage of the Beltway sniper. He began his journalism career at several small newspapers in New England and got his start covering politics at the Concord Monitor in New Hampshire. His work has also appeared in The New York Times, The New Yorker and Harper’s. MacGillis is the author of “The Cynic,” a 2014 biography of Sen. Mitch McConnell.

ProPublica is a two-time Pulitzer Prize-winner and the first online news organization to win journalism’s most recognized award.

At the Toner Prize celebration, the award was presented by Robin Toner and Peter Gosselin’s children, Nora and Jacob.

The 2015 competition for the Toner Prize drew 134 entries from across the country and from across media platforms—including local television, digital-only news outlets and broadcast networks, as well as national and community newspapers.
To judge the competition, 39 veteran journalists—most of them now teaching journalism at universities—served on 13 juries to recommend finalists. The Toner Prize was awarded by the five finalist judges:

Tom Brokaw, special correspondent for NBC News and the retired anchor/managing editor for “NBC Nightly News,” who was awarded the Medal of Freedom by President Obama; Adam Clymer, formerly chief Washington correspondent for The New York Times and a colleague of Toner; Paul Delaney, retired editor and reporter for The New York Times; Pam Fine, the Knight Chair for News, Leadership and Community at the University of Kansas and president of the American Society of News Editors (ASNE), who worked with Toner at The Atlanta Journal-Constitution; and Maralee Schwartz, a 30-year veteran journalist of The Washington Post and its former national political editor.

Previous Toner Prize winners are Dan Balz and Karen Tumulty, both of The Washington Post; Molly Ball of The Atlantic; Jane Mayer of The New Yorker; and Craig Harris of The Arizona Republic.
Robin Toner, who graduated from Syracuse University in 1976, spent 25 years as a reporter for The New York Times. She began her journalism career in West Virginia with the Charleston Daily Mail and reported for The Atlanta Journal-Constitution. For The New York Times, she covered five presidential campaigns, scores of Congressional and gubernatorial races and most of the nation’s major public policy issues. She died in 2008.

Her family, friends, classmates and Syracuse University have created an endowment for the Robin Toner Program in Political Reporting at the Newhouse School.