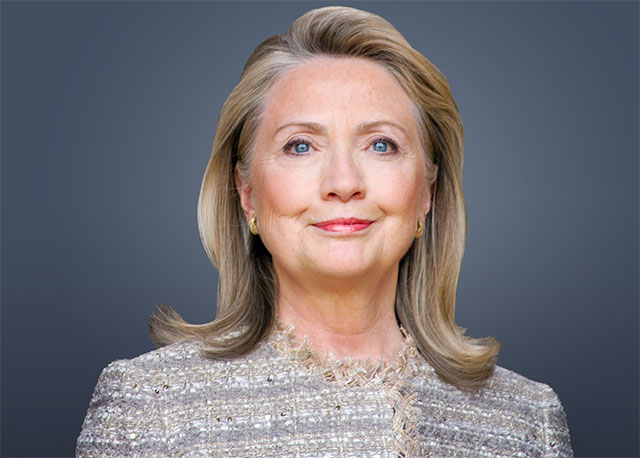 Former Secretary of State Hillary Rodham Clinton will be the keynote speaker at the award celebration for the Toner Prize for Excellence in Political Reporting March 23 in Washington, D.C.

“It’s an extraordinary pleasure to have Secretary Clinton as our speaker at this important event,” says Newhouse Dean Lorraine Branham. “She is a vivid example—like Robin—of a pioneering woman at the top of her profession.”

This is the fifth year the $5,000 prize has been awarded in a national competition. Past awardees include Karen Tumulty of The Washington Post, Craig Harris of The Arizona Republic, Jane Mayer of The New Yorker and Molly Ball of The Atlantic. This year’s winner will be announced at the ceremony in March.

Secretary Clinton has made history repeatedly during her nearly 40-year career in public service. After serving as first lady, she won a Senate seat from the State of New York, becoming the only first lady elected to the U.S. Senate. In 2007 and 2008, Clinton campaigned for the presidency, coming closer than any woman in U.S. history to winning the White House by garnering more than 18 million votes in a string of primary victories. From 2009 to 2013, she served as the 67th U.S. Secretary of State.

In the White House, in the Senate and on the global stage, Clinton has been a leading voice for health-care reform, human rights, economic improvement and expanded opportunities for women and girls. She continues to work on these issues through her initiatives at the Bill, Hillary, & Chelsea Clinton Foundation, which she joined after leaving office in 2013.

Toner covered much of Clintons’ career for The Times, including the Clinton administration’s efforts to overhaul the nation’s health care system, Hillary Clinton’s work to establish Early Head Start and provide health care to millions through the Children’s Health Insurance Program and parts of Clinton’s 2007-2008 presidential bid. Toner died of cancer in December of 2008, shortly after the election of Barack Obama.

Toner graduated from Syracuse with a dual degree in journalism and political science. She started her journalism career with The Charleston Daily Mail in West Virginia and reported for The Atlanta Journal-Constitution before arriving at The Times in 1985. She was married to former journalist Peter Gosselin and was the mother of twins, Nora and Jacob, now 17.

In her nearly 25 years with The Times, she covered five presidential campaigns, scores of congressional and gubernatorial races and most of the country’s major political and policy issues. Toner’s work was distinguished by her expertise and insight, by her meticulous fact-checking and her elegant writing style.

The late Senator Edward M. Kennedy described Toner as “a reporter’s reporter who deeply cared about the people and the issues she covered.”

Her family, friends and classmates have created the Robin Toner Program in Political Reporting at the Newhouse School to honor her life and work.